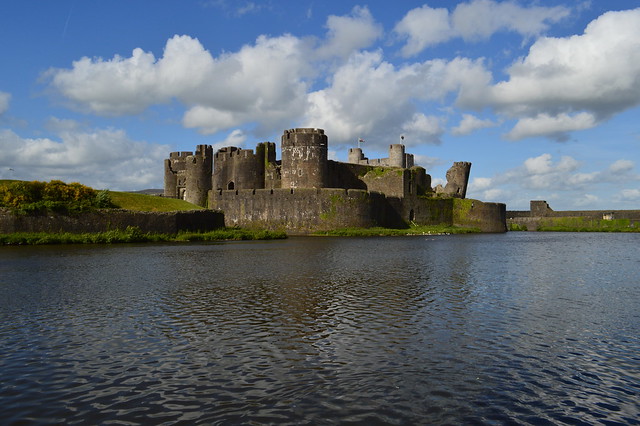 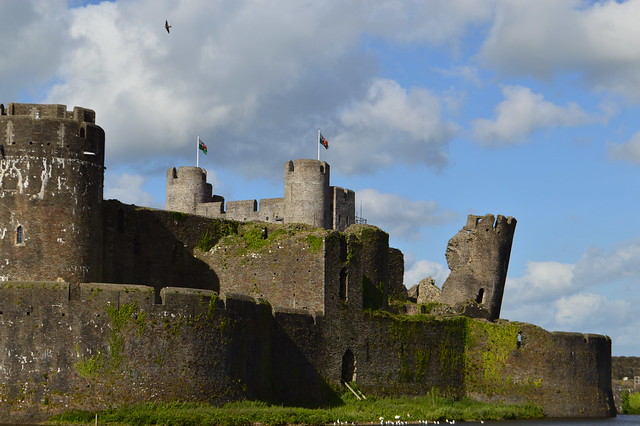 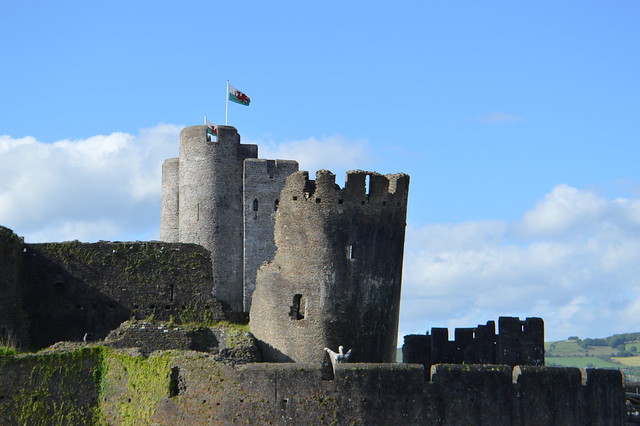 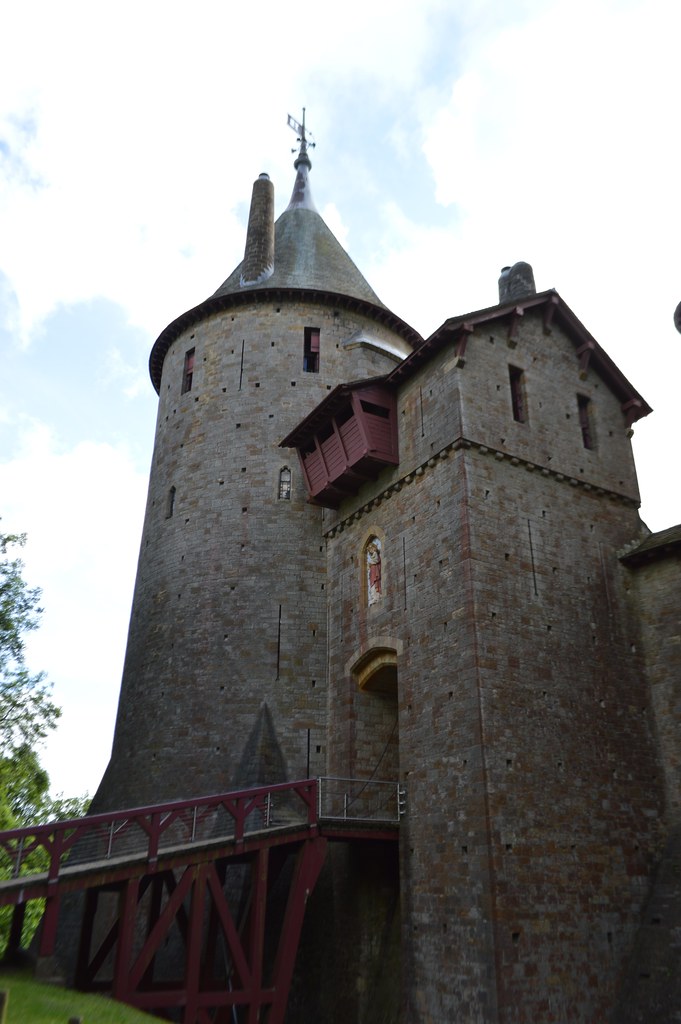 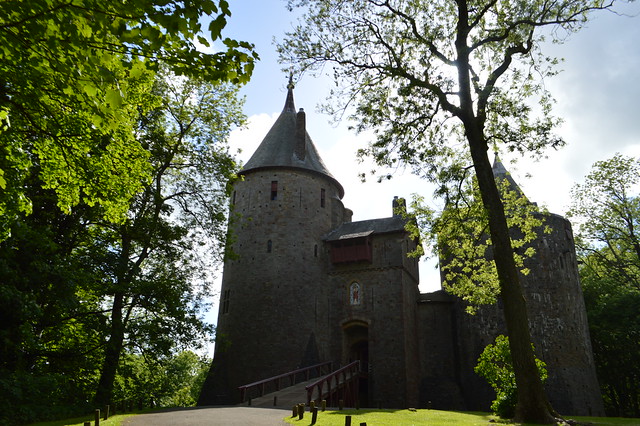 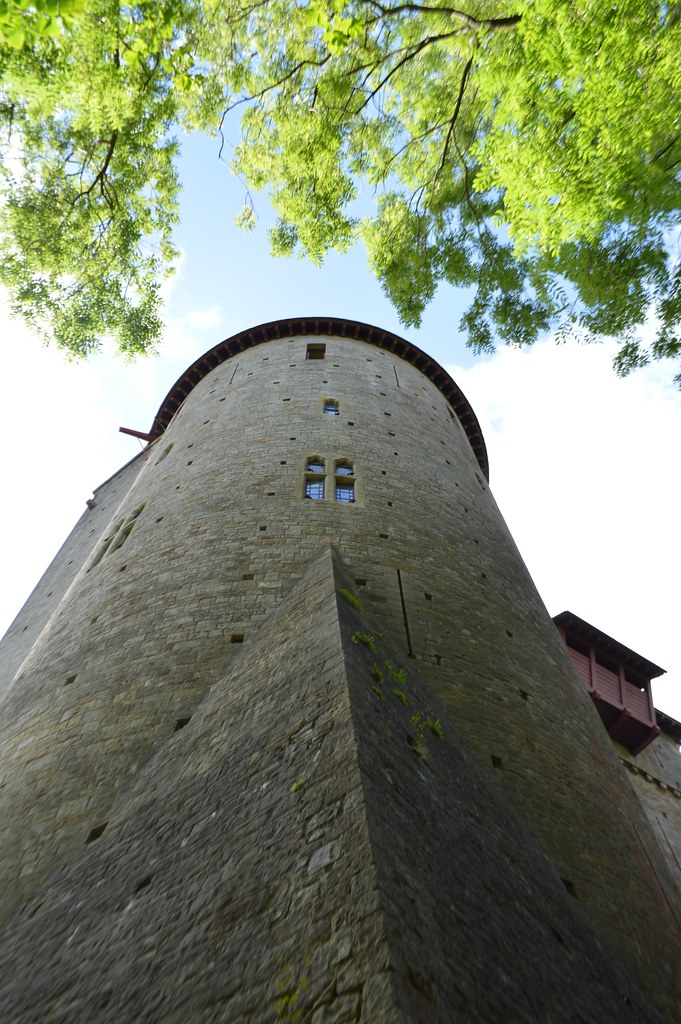 I love to promote my home country and all it has to offer. There is so much to see and do here so I hope this series of Explore Wales posts coming over the next few weeks prompt you to pack your bags and head to Wales for a day trip, long weekend or even full holiday. Wales is a country with a magnificent heritage. There are over 600 castles in Wales which shows it is a country worth waging battle over and protecting. There are a mix of castles to explore including medieval, Tudor and Victorian.
Caerphilly Castle

First up is Caerphilly Castle which is one of the biggest fortresses in Europe, and the second largest in Britain, behind only Windsor Castle. The castle dates from the 13th century and lots of later castle designs were based on this one. Caerphilly was the first concentric castle in Britain and in the late 13th century, it was a revolutionary masterpiece of military planning. It was built by Earl Gilbert de Clare, at beginning of 1268 to frighten Llewelyn, the last native Prince of Wales from fighting the Normans in the southern part of Wales. By the 15th century it had fallen into disrepair but the Marquesses of Bute, (who I'll mention again later on) bought the ruin in the late 18th century and along with successive marquesses carried out extensive restoration of the castle. It has been used as a filming location for numerous TV shows like Doctor Who and Merlin.

There are trains from Cardiff to Caerphilly every 20 minutes and it's only a short walk from the train station so even if you're only visiting Cardiff for a weekend you will have time to see this enormous monument that dominates Caerphilly town centre. The park behind the castle is the perfect spot to have a picnic and make sure you take some bread to feed the ducks in the moat.

Castell Coch (Red Castle) is a 13th century medieval castle that was restored by 3rd Marquess of Bute and Lady Bute in 1871.(I said he would crop up again) It is a little different to other castles in Wales because is relatively modern and is an excellent example of Victorian Gothic Revival architecture. The 3rd marquess of Bute gave William Burges free rein to create a fantasy castle like his main residence, Cardiff Castle. The interior of the castle is covered in hand painted murals, over the top furnishings and beautiful tiled floors. This stunning castle has also been used as a filming location and has featured in Doctor Who, the Worst Witch and Robin Hood.

Castell Coch occupies a stretch of woodland on the slopes above the village of Tongwynlais and the River Taff, about 6 miles north of Cardiff. You can reach the castle by bus, car or take the Taff Trail route to the castle from Cardiff on a bike.

Both Caerphilly and Castell Coch are maintained by CADW along with most other castles in Wales. Cadw is the Welsh Government’s historic environment service working for an accessible and well-protected historic environment for Wales. They conserve Wales’s heritage, help people understand and care about their history and help sustain the distinctive character of Wales. Cadw is a Welsh word meaning ‘to keep’ or ‘to protect’.

If you want to take a look inside the castles there is a fee which is normally around £5. If you're going to be in Wales for a few days and visiting lots of castles you can buy an Explorer Pass and and visit as many as you like for one price. These cost £26.00 for one person, £42 for a couple and £51.20 for a family so you get a good saving.