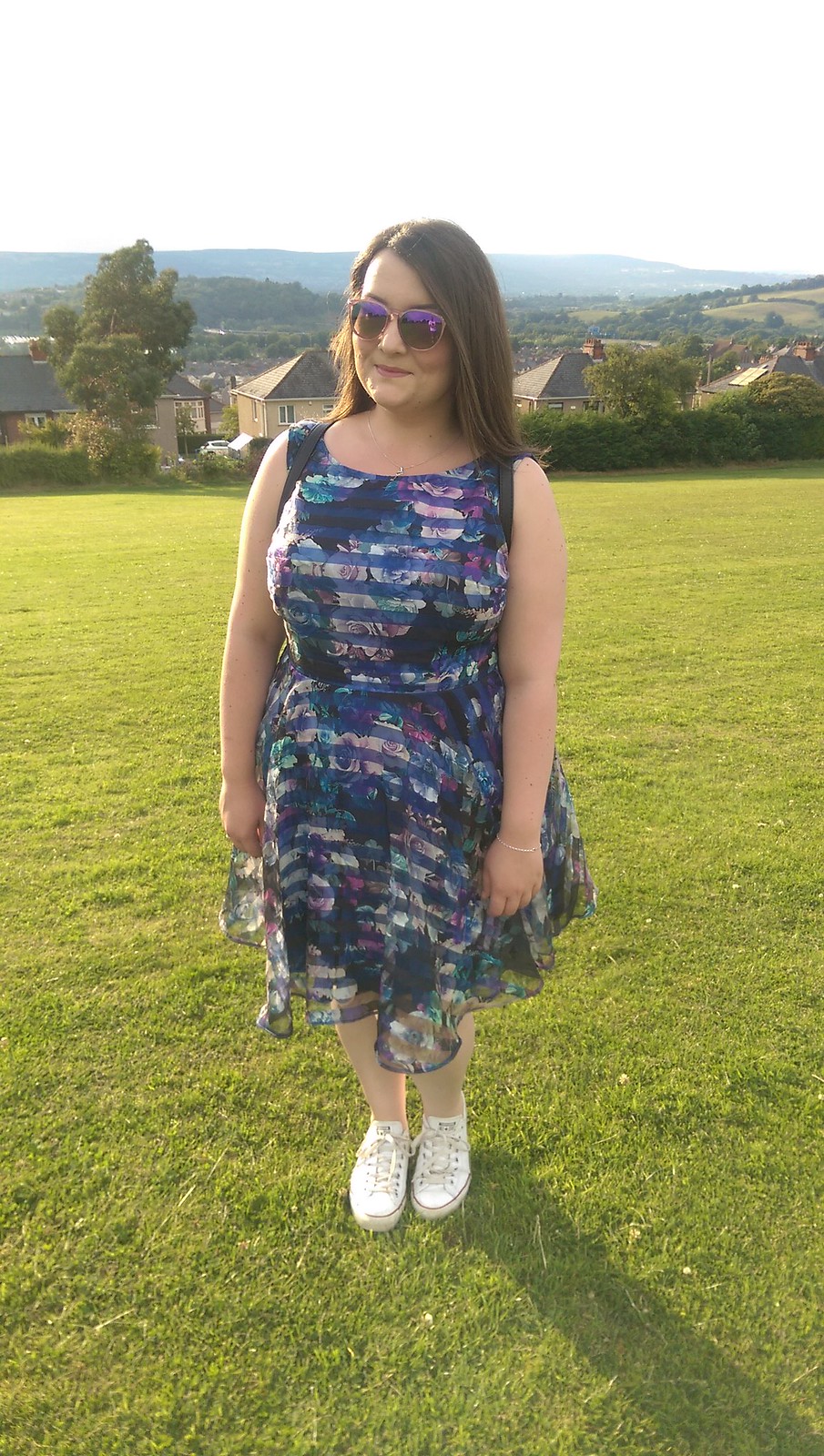 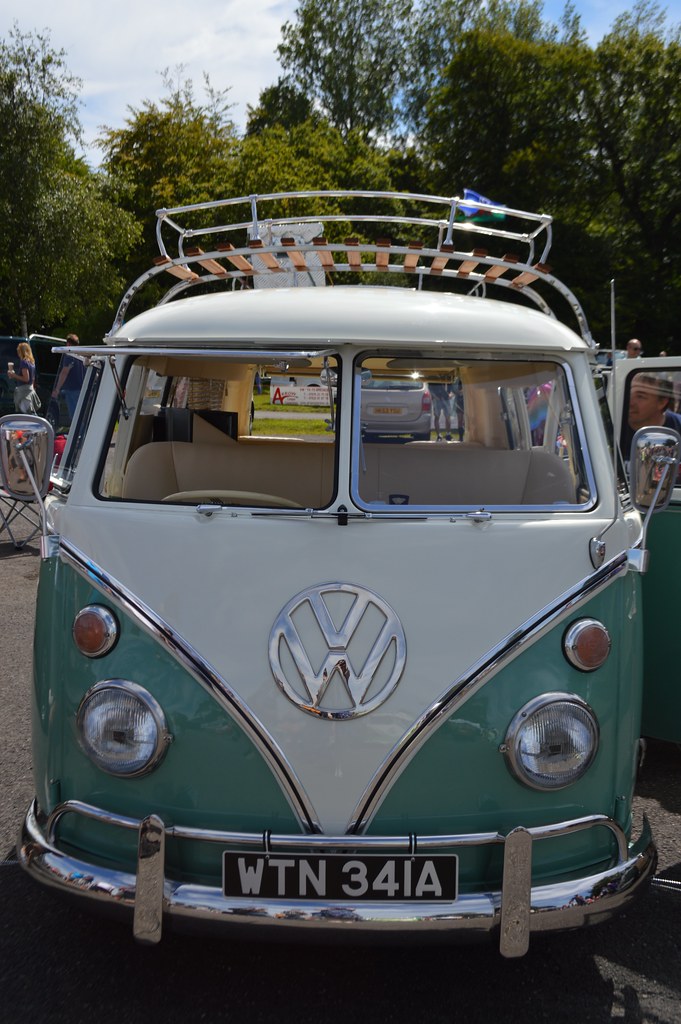 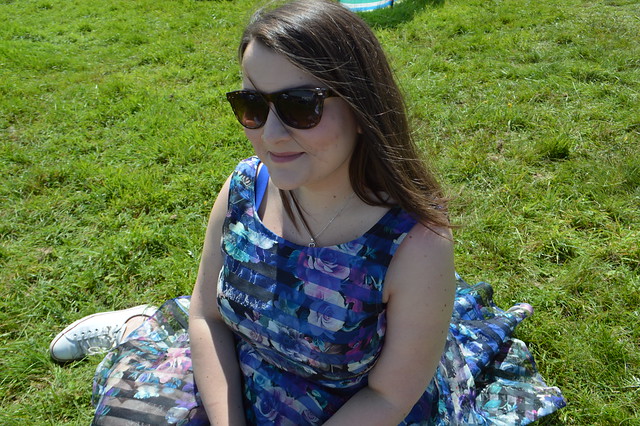 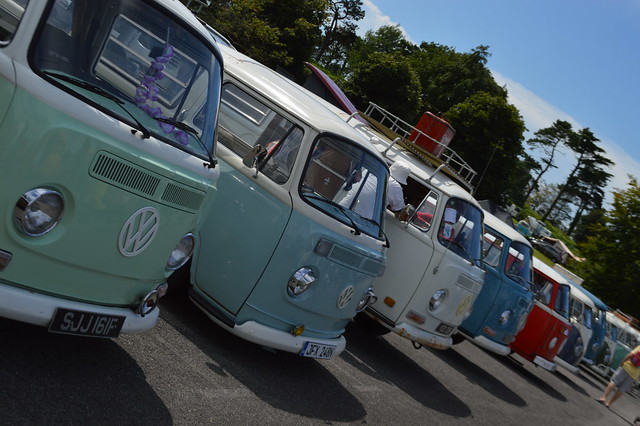 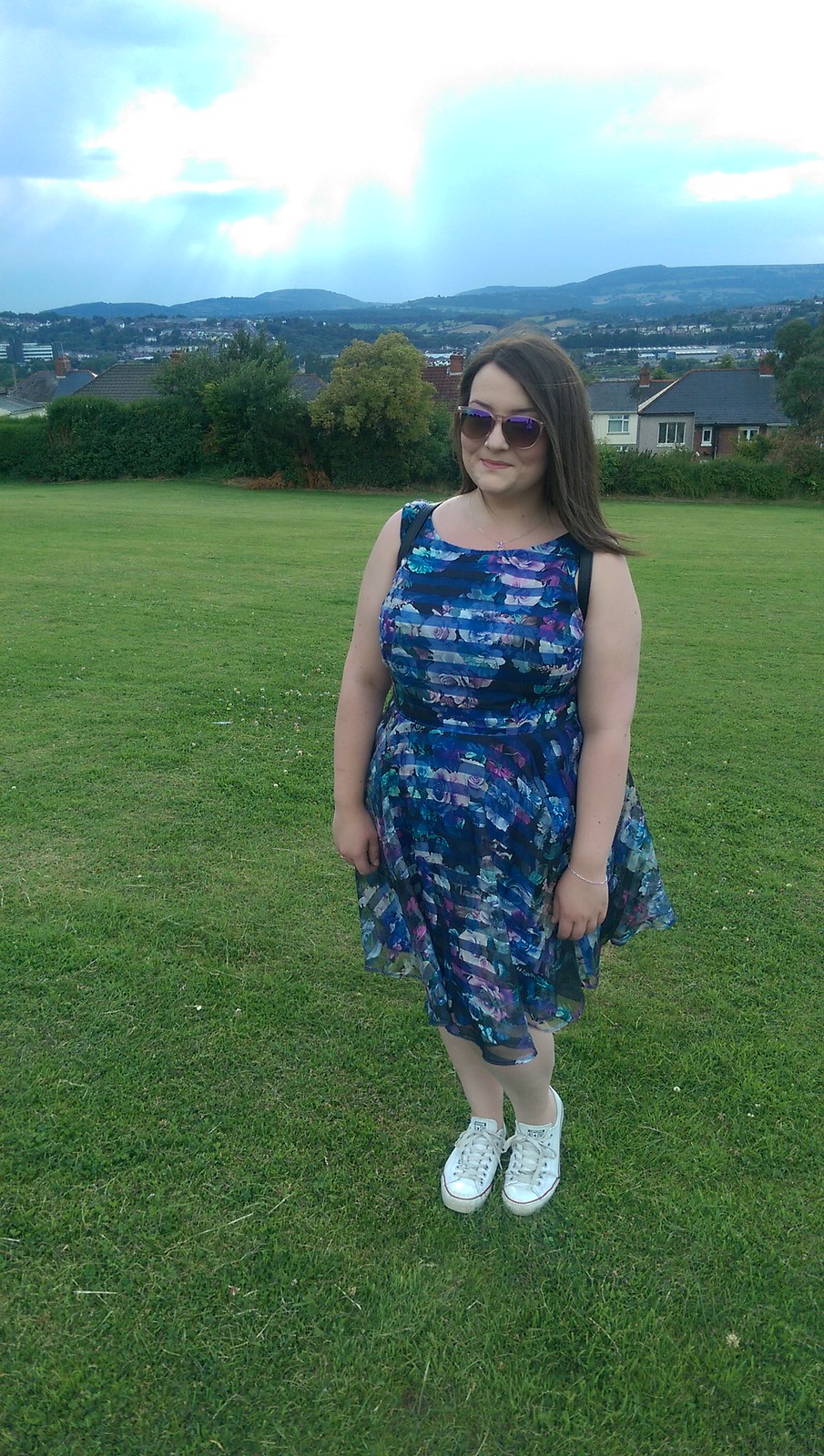 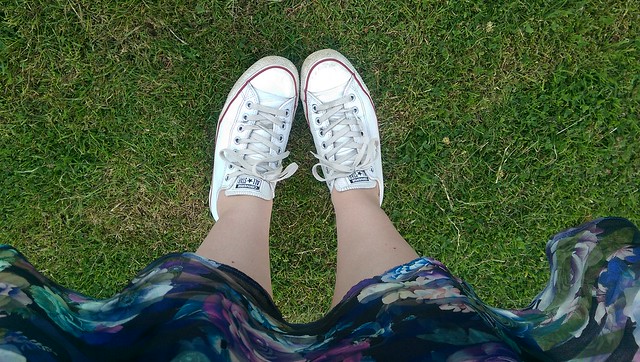 I've worn this dress so many times since it arrived a few weeks go. As soon as it's been worn it goes straight in the wash so I can put it on again. It's had loads of compliments when I've worn it to work and people were trying to guess where it came from with most people guessing Oasis or the Monsoon Fusion range. They were all wrong, it's from George! It's an online exclusive and a bit of a bargain at £30. I wore the dress to Volksfest this weekend because the weather was so nice and I wanted to wear something bright and summery but I've also worn it to work and the pub with some smarter pumps. Pretty versatile. Make sure you check out Char's George post too because she is looking rather lovely in pink.

I'm going to show you how I've been styling it for work next week but this is how I've been wearing it to swoon over camper vans in a field. Isn't that first van a beaut?! I feel in love with quite a few but sadly I don't have a spare 30k hanging around *sob* Anyone want to lend me some money? I had a really fun day at Volksfest and I would love to go back to the site at some point because there's a castle there, a little narrow gauge railway and lots of deer.

This dress is all washed and ironed ready to wear again on my birthday next week. I think it's a sign of old age that I have no big plans for my birthday. I'm going to go to work,  come home and watch Great British Bake Off and eat at least three varieties of cake #rockandroll