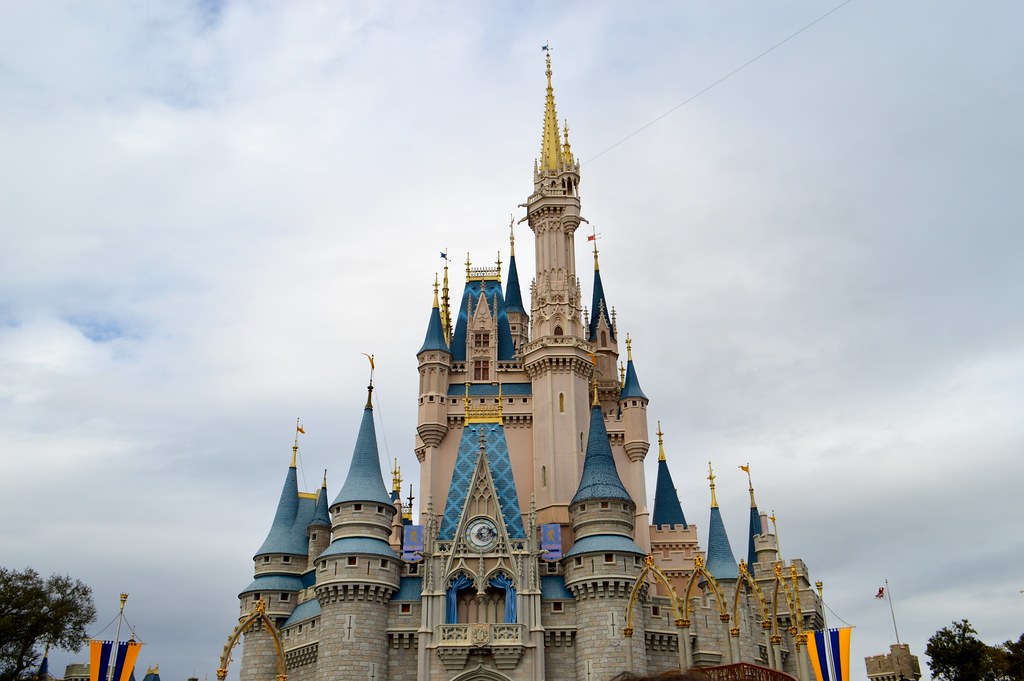 I’ve travelled to all sorts of exciting places with my husband, Martyn. We've been to the top of the Austrian Alps, travelled on the most scenic railway in the world and toured the remote Scottish Highlands on our honeymoon. We've shared our love of adventure and railways but this trip to Florida allowed me to share my cherished childhood holiday memories with him and I attempted to bring him into the cult of Disney (my brother and I are already fully-fledged members).

Martyn is used to me watching Mulan and Tangled on repeat and I think he agreed to join me on this holiday because he knew I really wanted to visit Disneyworld again but I don't think he expected to actually enjoy it himself. (He really did)

The first evening of our trip was spent at the hotel after two exhausting days of travelling. We chose to stay at the Coronado Springs Hotel which is part of the Disney resort. It has a Mexican and American South West feel and is set alongside a pretty lake and had an impressive Aztec themed pool. It isn't as ostentatiously Disney themed or aimed at children as some of the hotels in the resort as it has some conference facilities but it suited us perfectly. The rooms had been recently renovated to a very high standard and had all the amenities we needed. 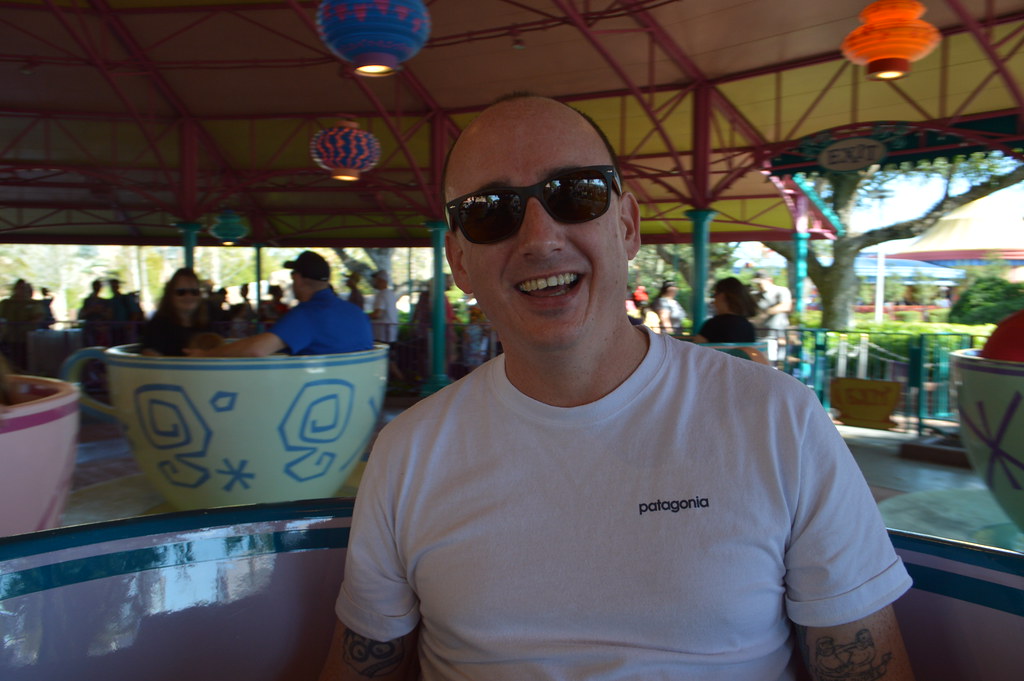 I wanted Martyn to get a traditional Disney experience on the first day of our 9-day trip so we headed to the Magic Kingdom park on our first full day. You're struck by how beautiful the park is before you even enter when you're greeted by colourful floral displays and a steam train.

When I entered the Magic Kingdom for the first time since I was 14 and saw the castle at the end of Main Street I got a little emotional. The quote above the entrance reads "Here you leave today and enter the world of yesterday, tomorrow, and fantasy." which is 100% true. The theming of each distinct land in the park is so detailed and immersive you are transported to another world. 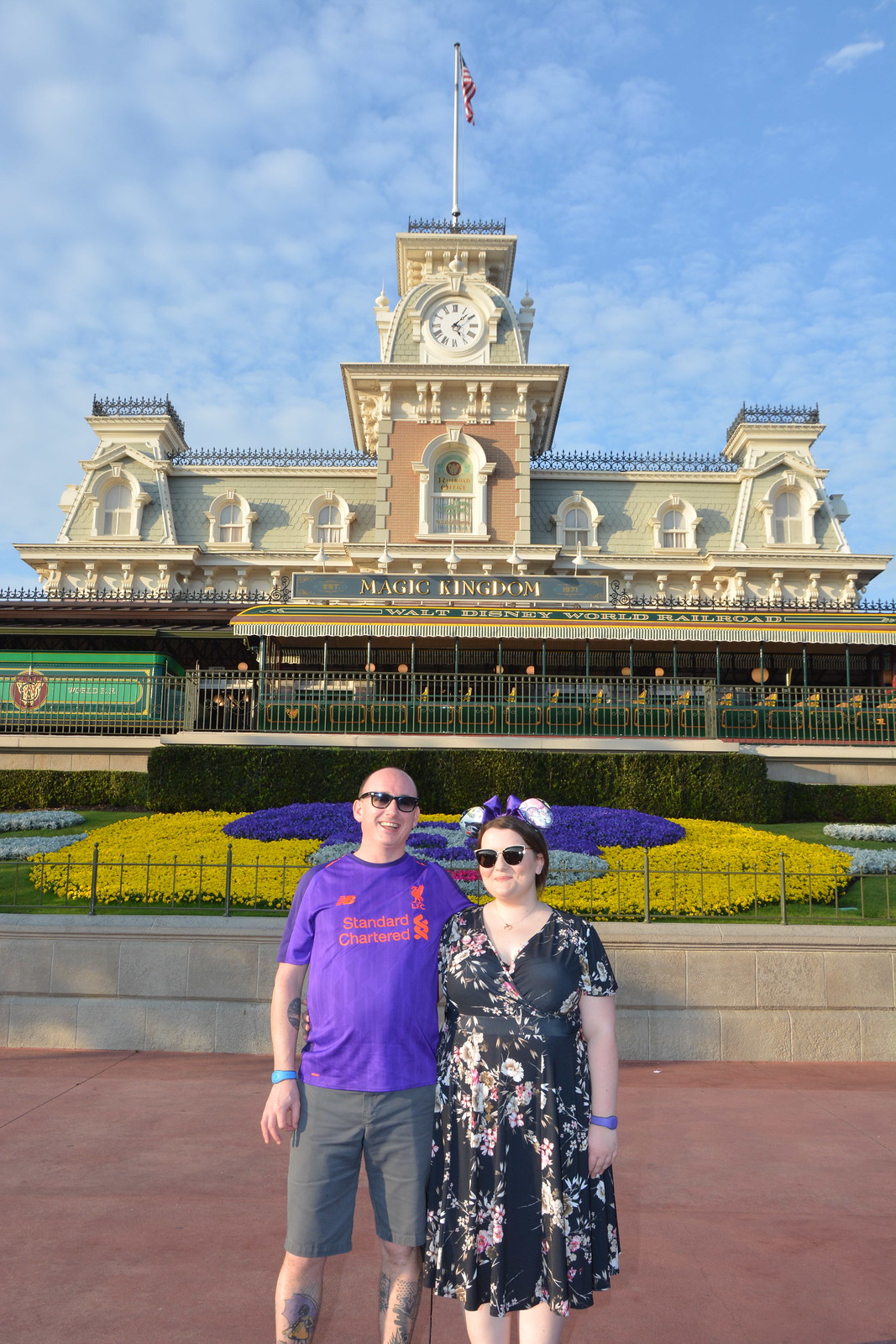 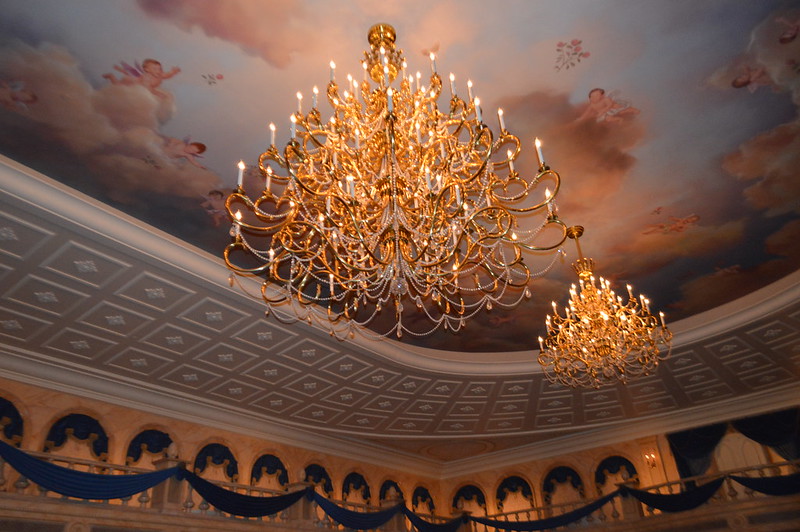 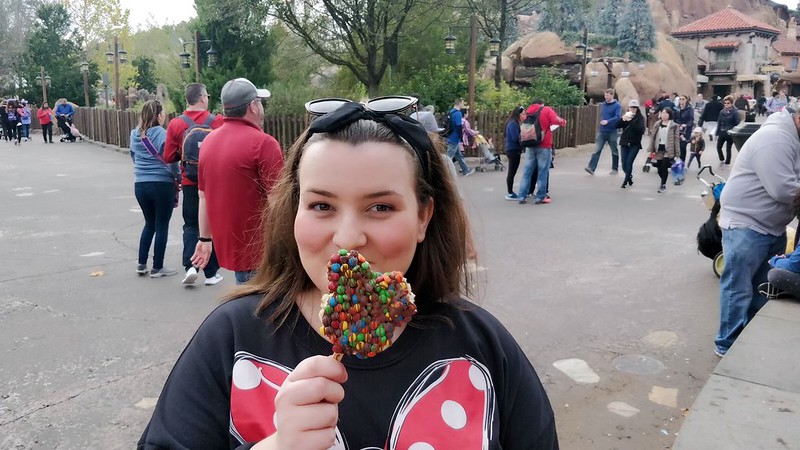 We both adored the classic attractions like Peter Pan's Flight, "it's a small world' and Tiki Room which you don't really find in UK theme parks where thrill rides are the main draw. The Seven Dwarfs Mine Train was a great addition to the park which wasn't there on my last visit. This new coaster was super smooth and the mine carts swayed and tilted with the track.

The 20-minute long firework, music and projection extravaganza Happily Ever After is the perfect way to end a day in this park. The show is a feast for the eyes, using Cinderella Castle as a backdrop and contains two of my favourite Disney songs - Out There and Go the Distance from the often-overlooked films Hunchback of Notre Dame and Hercules.

The Magic Kingdom is really iconic with its castle but Disneyworld is made up of a number of parks, all of which have a different theme and feel. The Animal Kingdom lets you explore the wonder of amazing rainforests, African savannas and Asian jungles in an immersive wildlife experience.

The highlights for me were the Kilimanjaro safari where you can see up to 34 different species including giraffes, hippopotamus and lions and Expedition Everest, a thrilling roller coaster that travels backwards as you are being chased by a yeti. Fun fact - Expedition Everest is the most expensive roller coaster in the world. It was reported to cost $100 million to build. 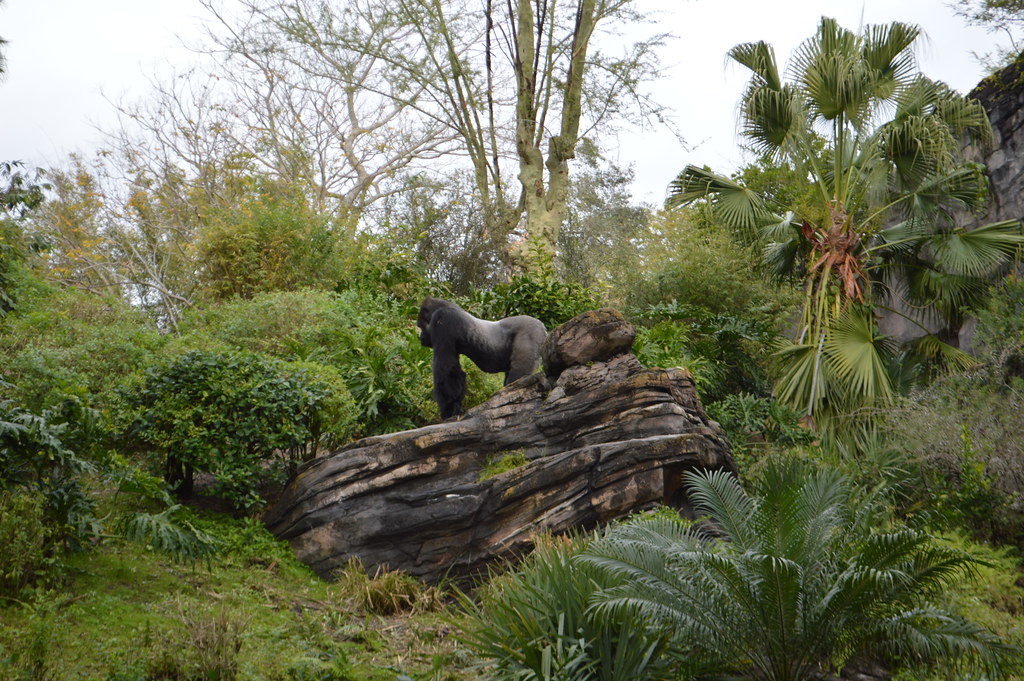 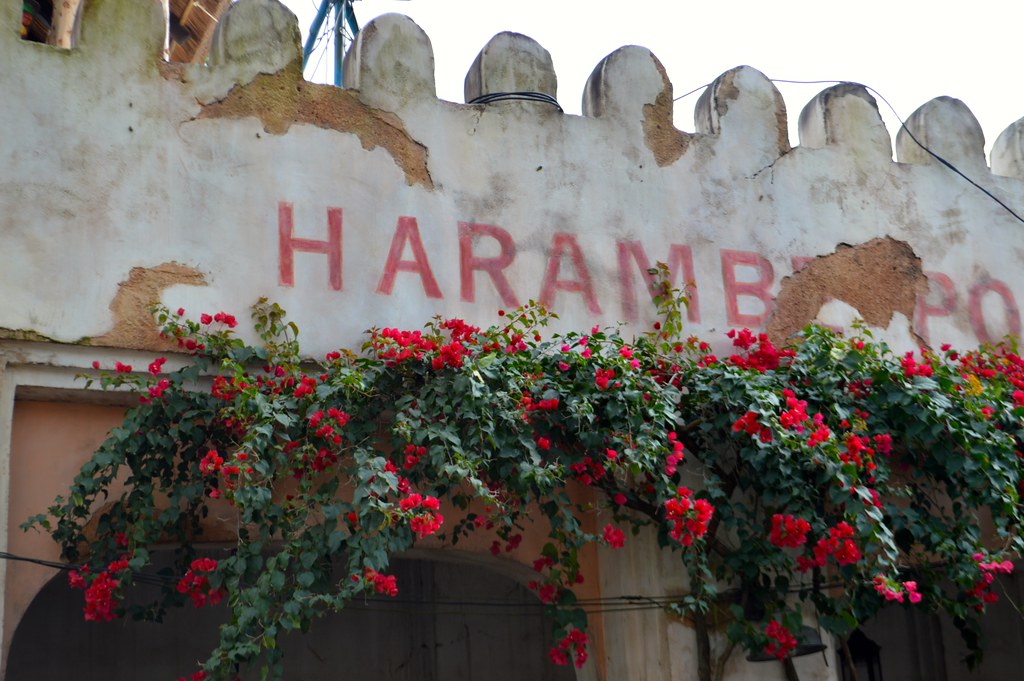 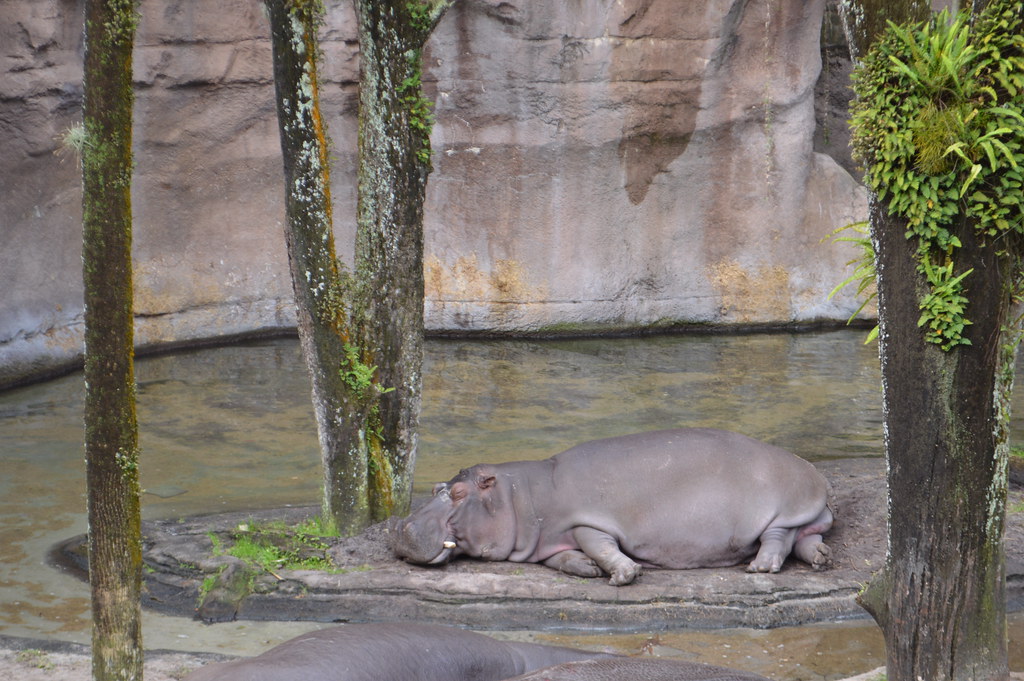 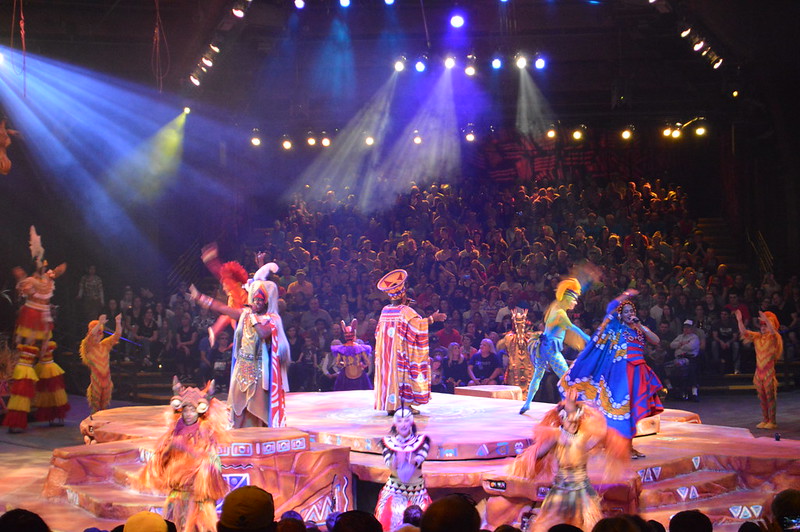 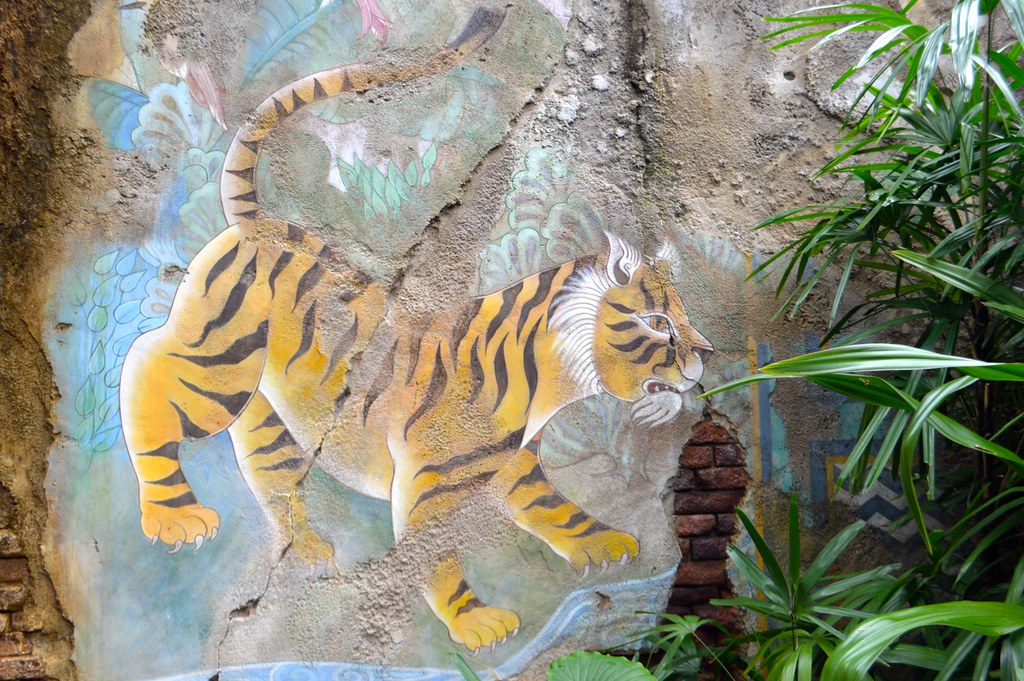 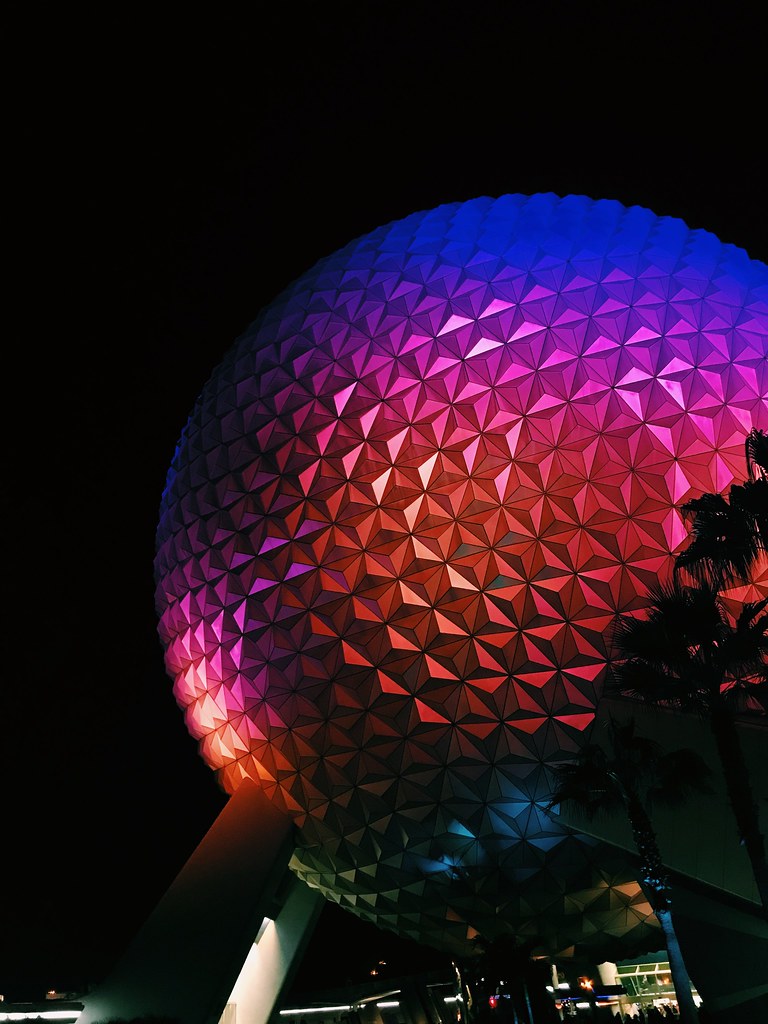 During our time in Orlando, the Epcot park was hosting Festival of the Arts and there were lots of booths with artists, performers and food inspired by art. I particularly enjoyed the Disney on Broadway performance in the park where I was able to enjoy songs from favourites like Aladdin, Little Mermaid, Frozen and High School Musical performed by Broadway stars. The park is also home to the World Showcase where you can learn about cultures from 11 countries and sample their food and traditions. 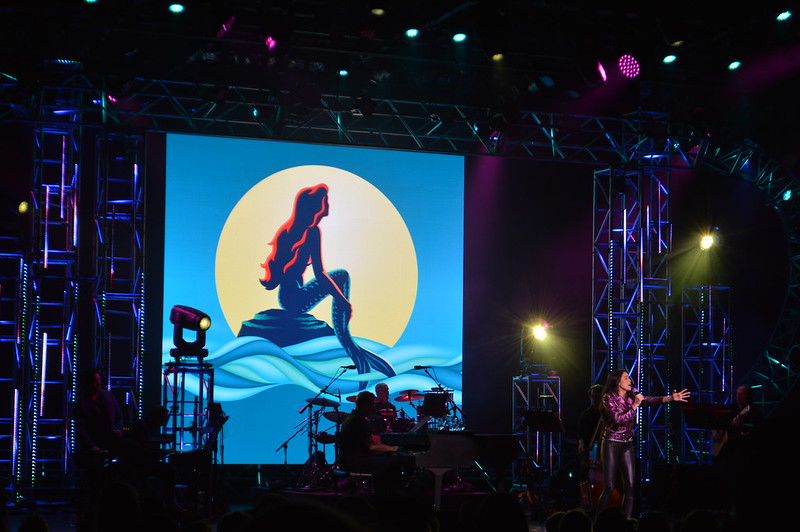 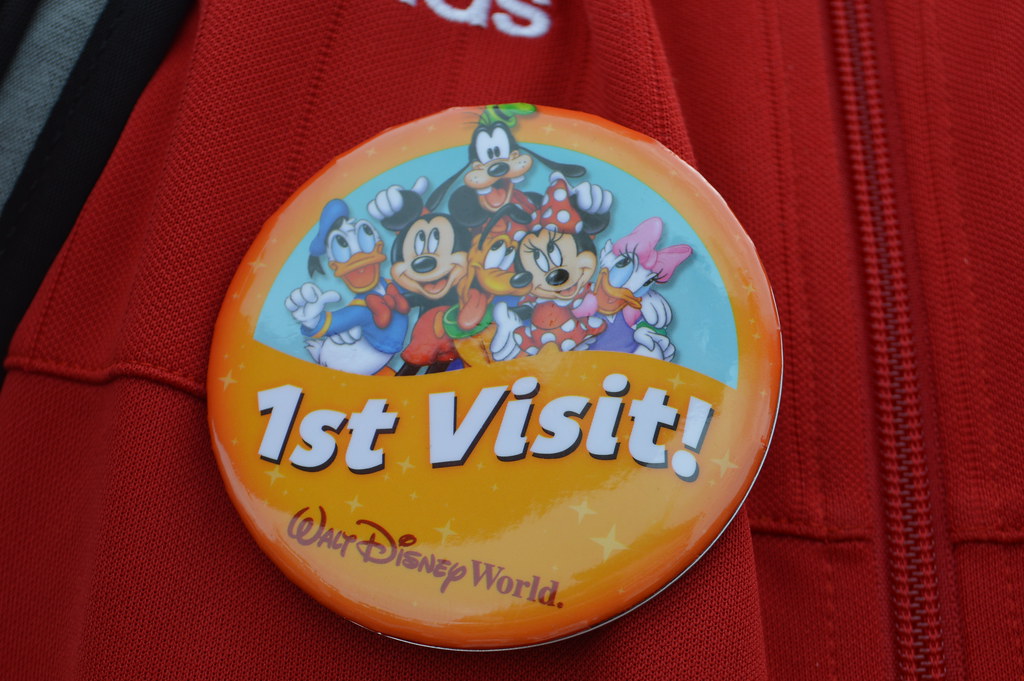 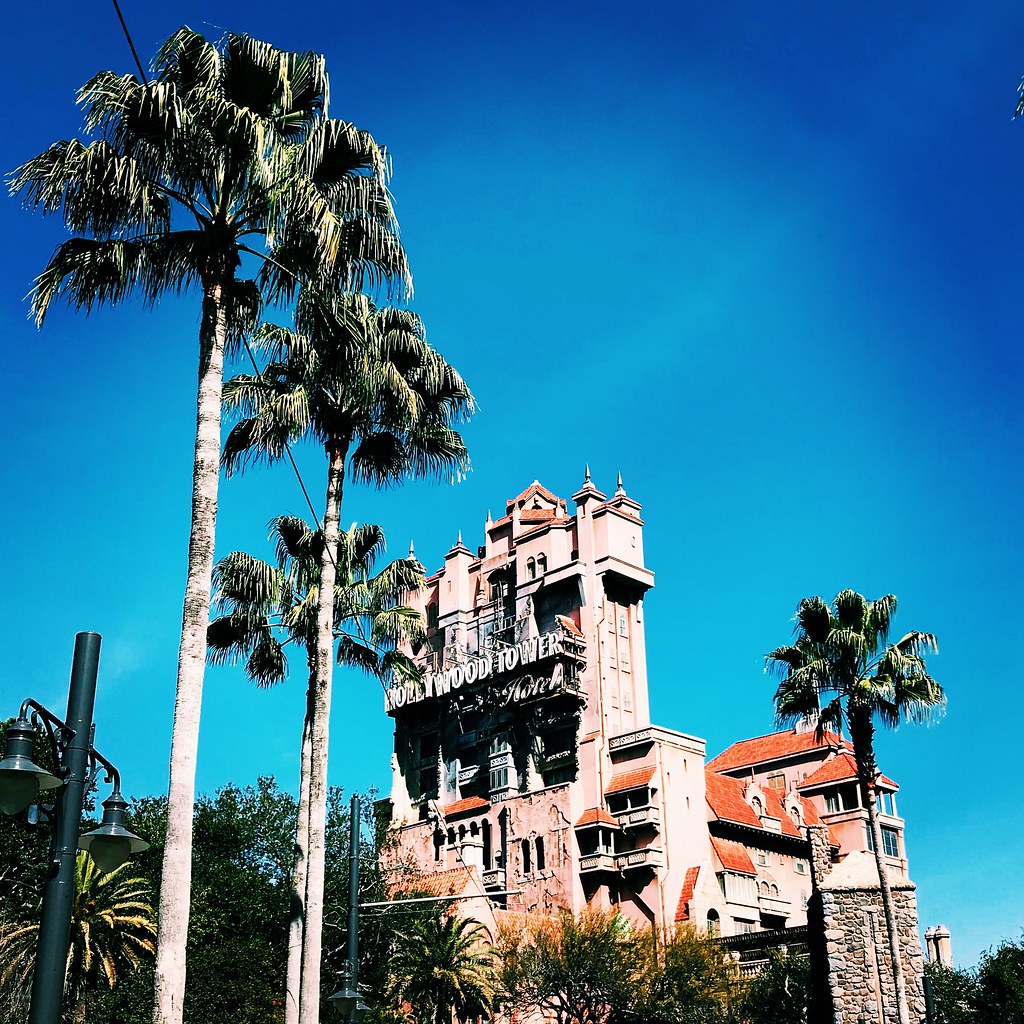 The park I most enjoyed spending time in and soaking up the atmosphere was Hollywood Studios. Most of my childhood memories come from this park - the Beauty and the Beast live show, Fantasmic and the thrills of Tower of Terror. I love the feel of Old Hollywood on Sunset Boulevard all lit up with neon lights.

My last visit to this park was in 1999 so I was excited to return and see the new Toy Story Land. I thought the Slinky Dog Dash coaster would be an attraction aimed at children but it was ideal for all ages. It twists and turns past giant toys in Andy’s oversized backyard! It's even more impressive at night when it is all lit up. I recommend trying to get a place in the queue when the fireworks are going off just before park close as wait times can be very long early in the morning. 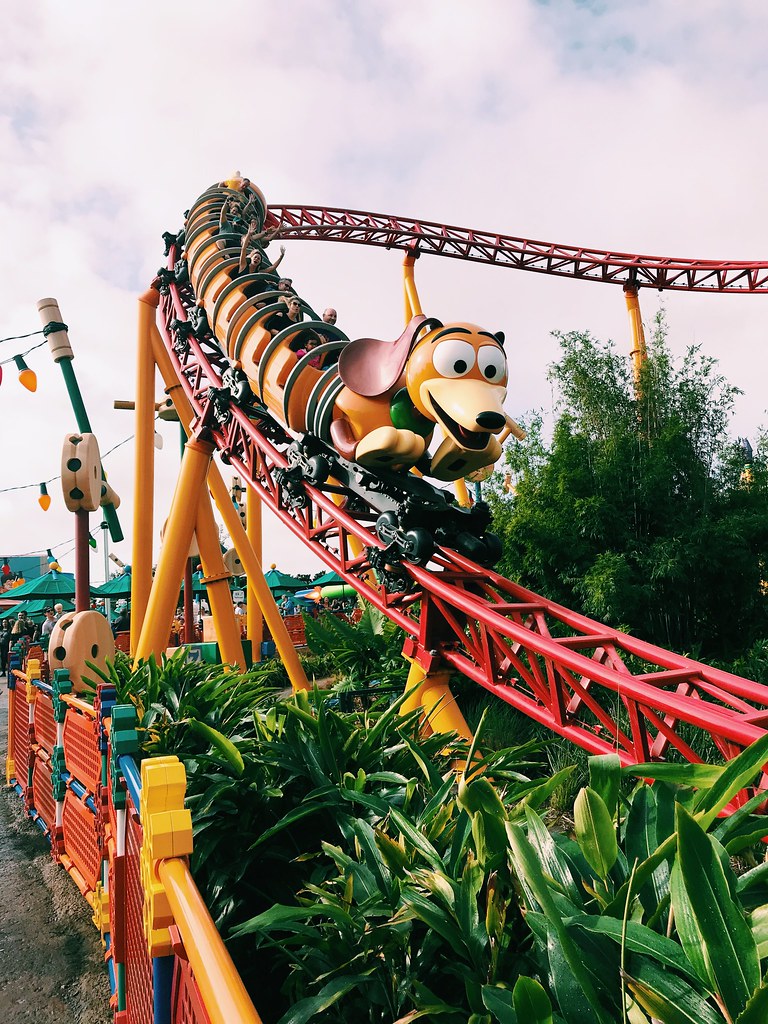 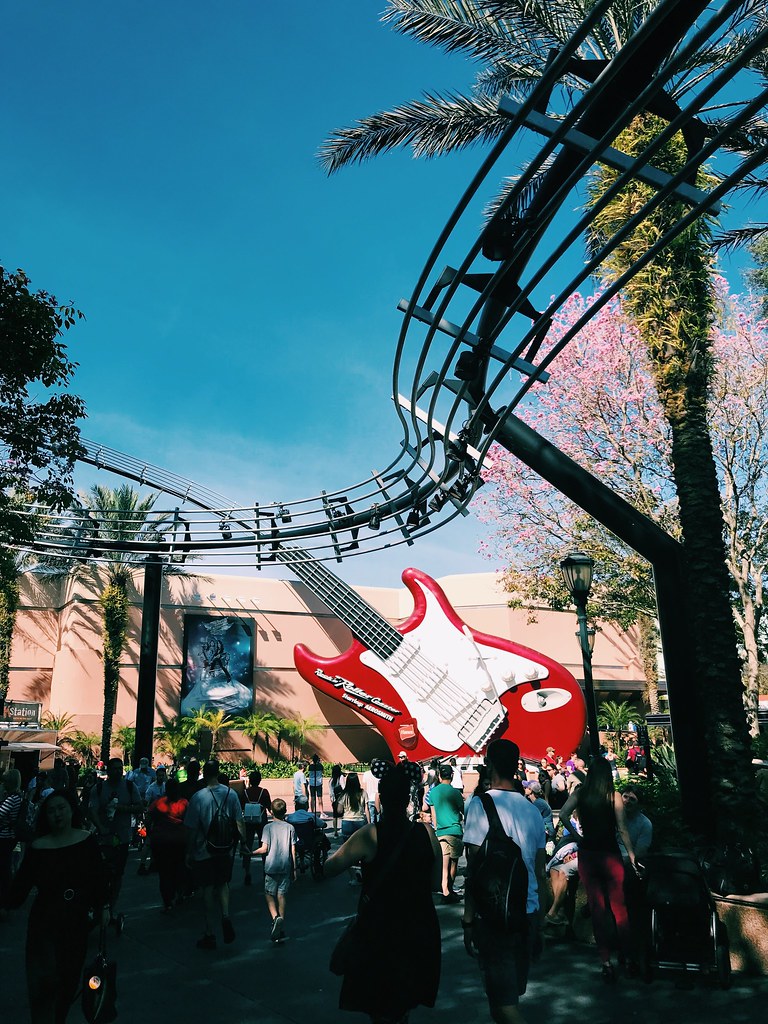 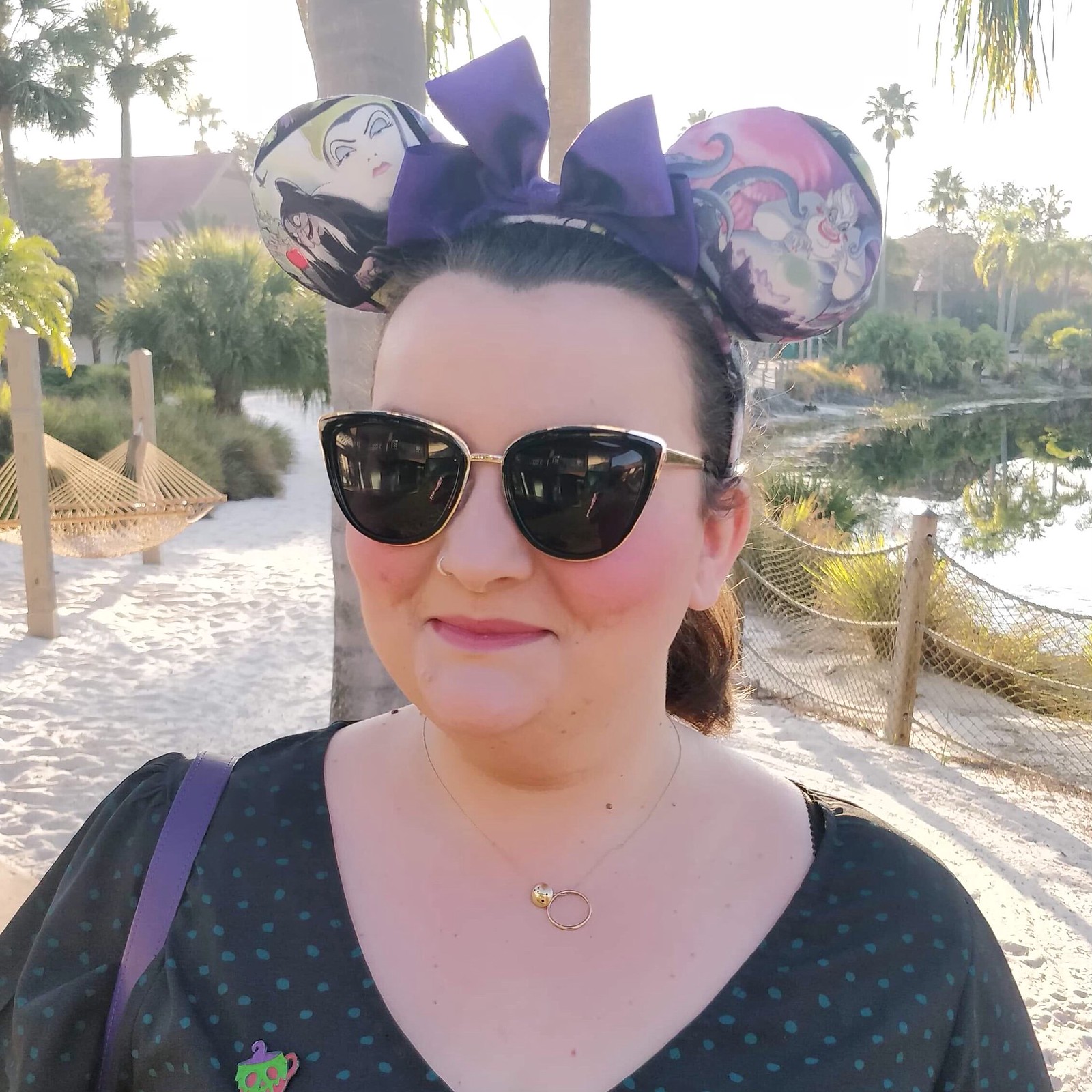 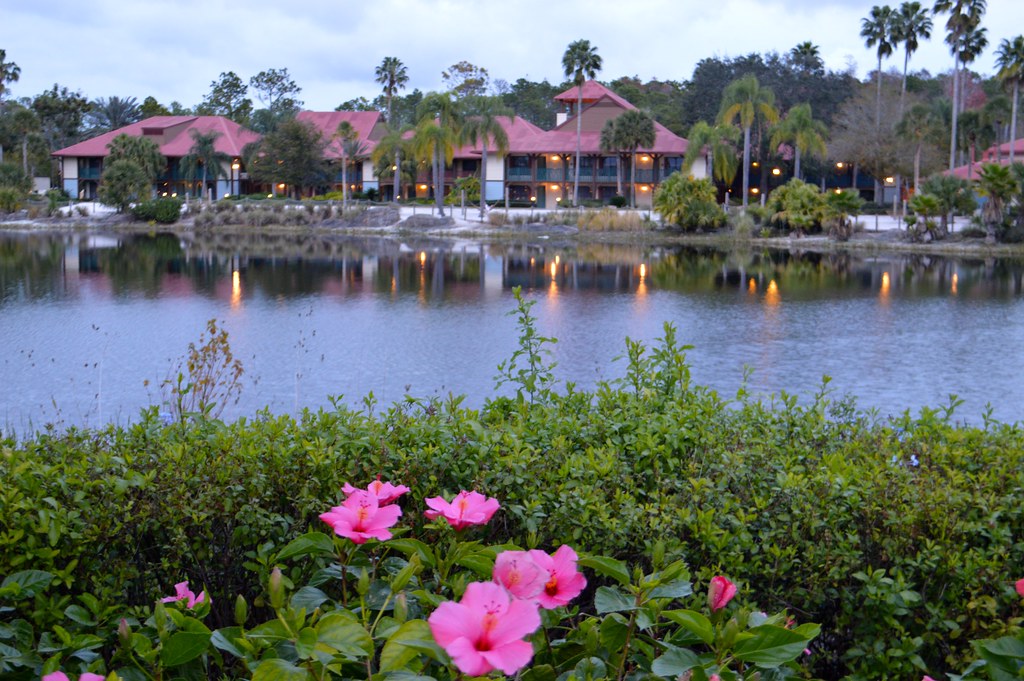 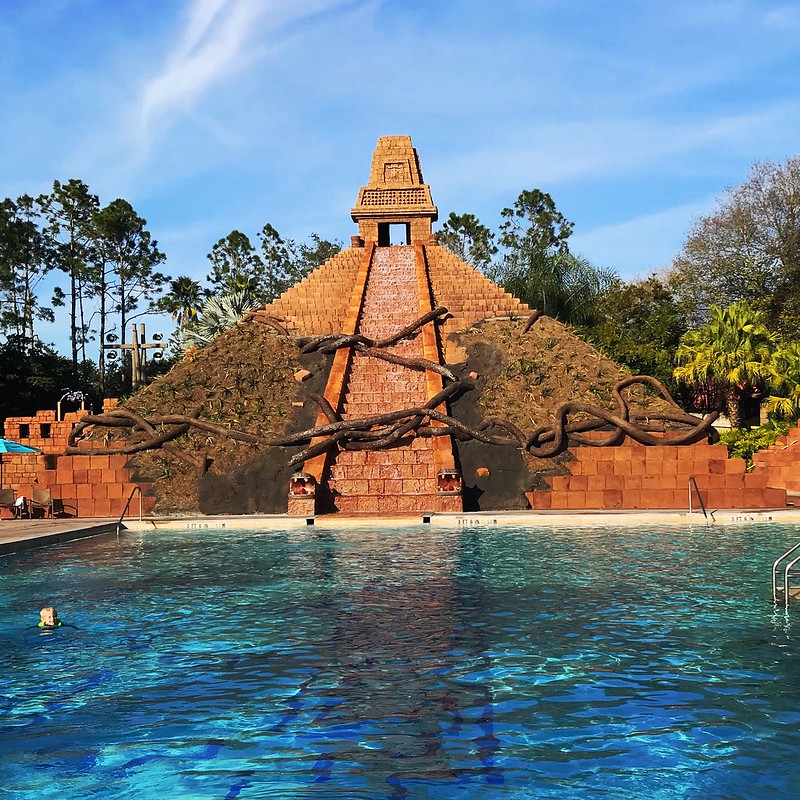 A few aquaintances scoffed when I, a 32 year old woman, said I was going to Disneyworld. I know some people travel to seek out a type of authenticity or cultural discovery but there's nothing wrong with a simple, fun holiday. Is Dinsey a man-made construct? Yes. Does that make it any less fun or valid? Not really. I had an absolute blast on my holiday but also equally enjoyed my rail trip to Switzerland.

An aspect if the trip that I loved but haven't touched on in this post is all the Disney dining and treats. You can read all about my favourite Disney eats in an older post and what I packed for my trip here.